The Warren is a tabletop role-playing game about intelligent rabbits trying to make the best of a world filled with hazards, predators and, worst of all, other rabbits. It is a game about survival and community.

There are many creatures, humans included, that are bigger, stronger, meaner, or more numerous than rabbits. The seasons and the elements do not care that rabbits are only little things. Rabbits cannot hope to meet these threats head on. Only through speed, wits, and keeping a cool head can rabbits bypass the dangers of the outside world.

The Warren is designed for 3-5 players and can be played in a single 2-hour session or over multiple sessions. Campaign play follows the passing seasons and focuses on changing generations of new rabbits each with their own stories.

This game takes inspiration from classic rabbit tales such as Watership Down, Fifteen Rabbits, and Peter Rabbit. It uses a heavily-modified version of the game mechanics from Vincent Baker’s Apocalypse World.

One of the major mechanical differences is the use of a shared pool of character moves, making character creation quick and easy. This reinforces the generational aspect of play, as rabbits are born and later lost or retired from play.

The system is tightly-focused on a set of core moves that reflect the realities of rabbit life –rabbits don’t fight, but they are fast and clever. The rules allow for player-created custom moves, letting them find new, inventive solutions to problems.

Included with this download are separate PDFs for the character playbooks, shared moves, and the GM reference sheet, as well as a zip file of additional World playsets and maps by Tony Dowler to give you a wide variety of possible settings for your game.

“No horror RPG has ever instilled in me quite as much terror as The Warren did with the mere possibility of a cat.” –Tom McGrenery

"The most ingenious, yet familiar, implementation of the Powered by the Apocalypse system I've seen". –Mikael Andersson

"The Warren provided the perfect mix of bucolic frolicking and tragic horror that I love in games." –Jason Pitre

"Play was frantic, intense, and surprising. I played a Seer bunny who went from ridiculed outcast to charismatic cult leader - I've never been so proud to create a brutal lapine theocracy!" –Alex Roberts

"Streamlined and brilliantly evocative of its fictional inspirations... I rate it a thousand out of a thousand!" –Jennifer Leeds

"My PC gave birth to 12 kits during a tense rat-rabbit standoff. It was awesome." –Melissa Spangenberg

"The Warren ...was easy to learn whilst also being fun, engaging, and deeply poignant." –Dana Kubilus

'...playing The Warren was like nothing I've ever encountered. I don't know if I should high five you, slap you, or kiss the back of your hand in reverence and shame." –Gray Pawn

"Kind of like the Walking Dead. But with rabbits. And no zombies." –Stras Acimovic

"The Warren is the harshest, darkest interpretation of Apocalypse World I have ever seen." –Jason Morningstar

The Warren of Petal Grove on Geekspective

+1 Forward on The Gauntlet

Get the Physical Edition 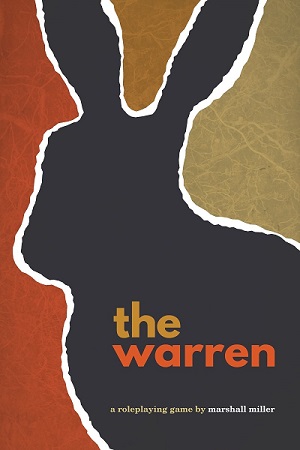 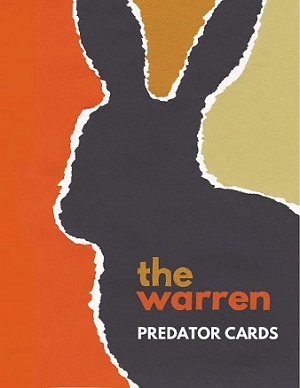 Comment here, or get in touch with us at info@bullypulpitgames.com. 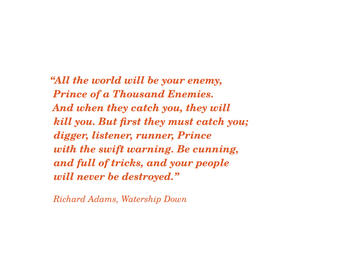 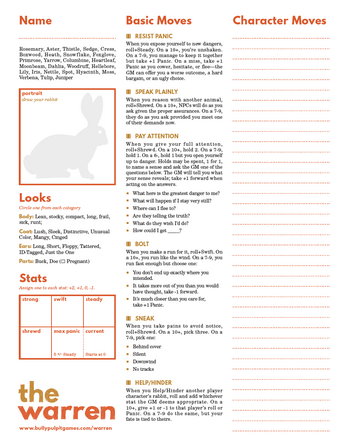 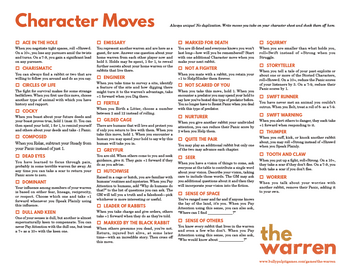 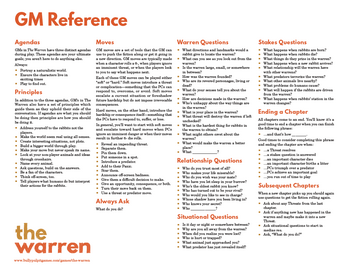 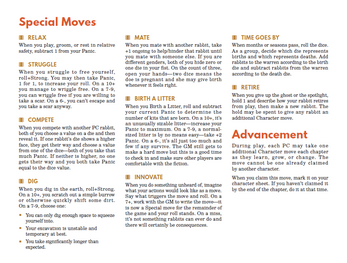